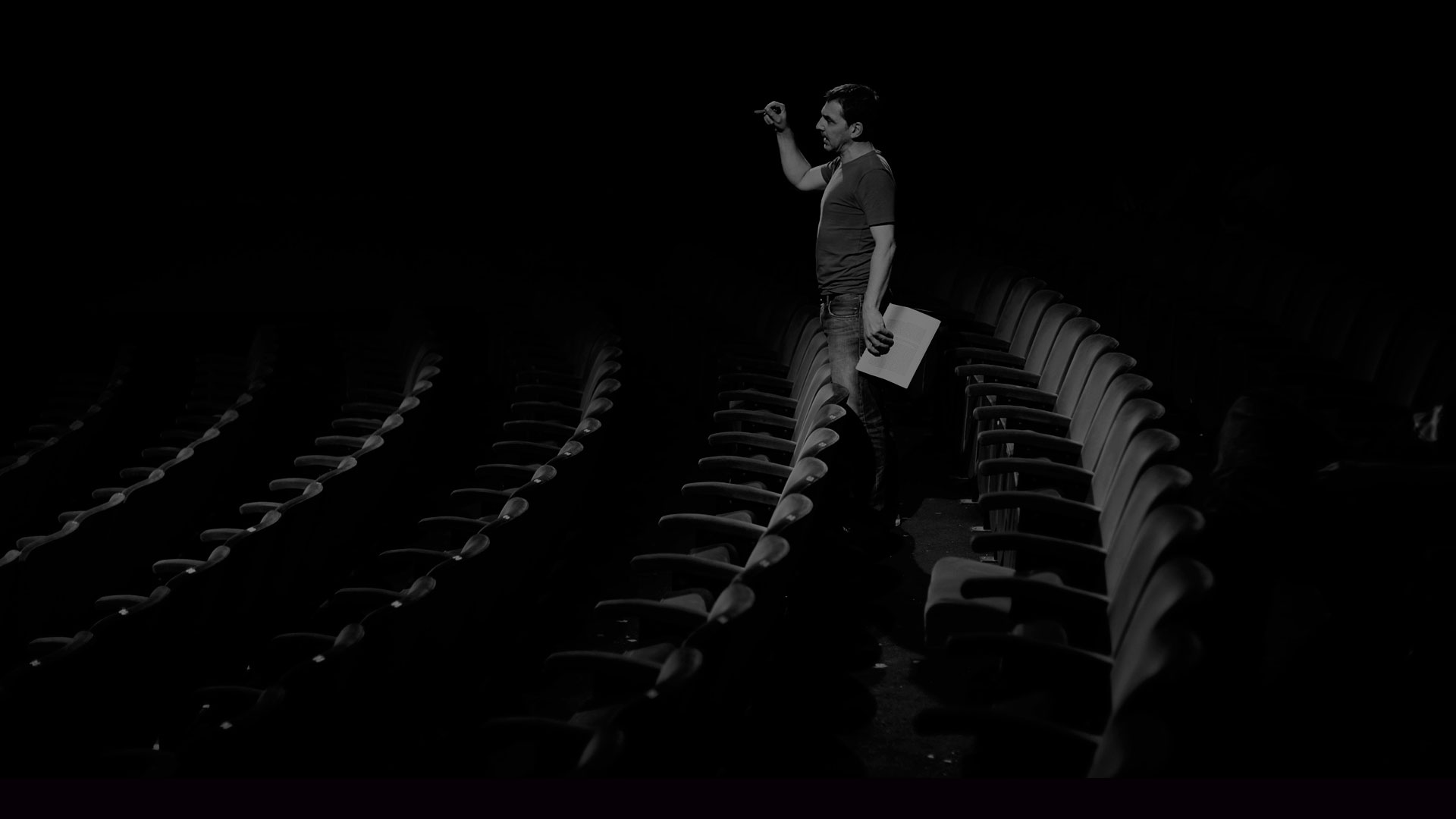 Emilio García Wehbi has been conducting teaching activity since the mid-90s in both public and private spheres, trying to involve the learning subject into critical thinking and building a responsible viewpoint, placing in their hands the tools acquired throughout his artistic career. As teacher, he seeks to dissolve the boundaries between different artistic disciplines and to expand the concept of performativity, thus producing hybrid provocative formats contaminated by procedures not necessarily adjusted to standards. His workshops are aimed to artists in general -directors, performers, writers, visual artists, musicians, set designers- interested in the universe of live or performing arts, and in combining scene practice with critical reflection, resourcing to theory material on philosophy, psychoanalysis, sociology, literature and aesthetic practice in general.
EGW is a Visiting Professor at the Theatre and Live Arts Master Degree, at Universidad Nacional de Colombia, since 2007. Also Visiting Professor at the Valeska Gert Guest Professorship for Dance & Performance Institute Theatrical Research (Drama Department) at the Free University of Berlin (Freie Universität), Germany, in 2009, and Visiting Professor at the Institut für Theaterwiessenschaft of Ludwig-Maximilian Universität, Munich, Germany, in 2007. Since 1995 he has imparted courses, seminars and workshops in Japan, Brazil, Australia, USA, Scotland, Austria, Germany, Poland, Colombia, Spain, Peru, Mexico and Argentina.
Since 2003 he offers his workshops in Direction and Staging in the city of Buenos Aires, attended by over 500 students.