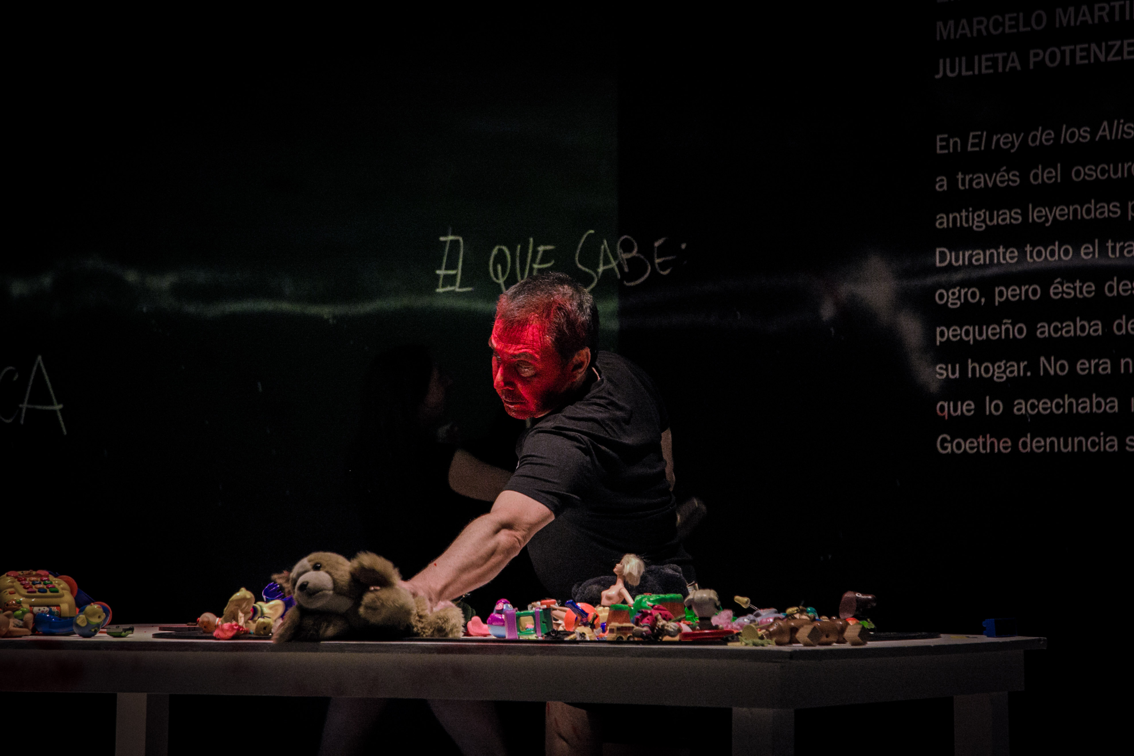 In "The Alder-king", Goethe tells the story of a father riding with his son through the dark night forest, where the Alder King, presaging the child’s death according to ancient legends, attempts to draw him with promises and seduction. Throughout the journey, the boy tries to convince his father of the presence of the ogre but he neglects his claim. Upon arriving at the house, the father discovers the boy dead. Oddly, it is not in the forest where he dies but in the same house. The danger was neither the ogre nor the dark forest. No. That stalking menace on him has always been his family environment.
Almost unconsciously, Goethe symbolically reveals, through the sinister character of the story, the infant's oppression within the parental setting: the child is the voiceless being who, both through family and society, must be placed under silent custody. The insanity of school or medical pedagogy that penetrates each home: this is yet another variant of a criminal abduction, where the child's life is exchanged for money. Because parents withhold their children by force, their lives are worth money they will invest as they see fit, according to the domestication level and/or discipline required from them. It may range from highly expensive schools, piano lessons, tennis or toys, to other colorful peacock feathers such as trips to Disneyworld to visit moronic Donald Duck, or petting sedated dolphins at SeaWorld, Florida. This abduction is a form of psychosis that the bourgeoisie projects on its own children, forcing them to fulfill each and every stage of the social contract in order not to fall in disgrace.
This performance was staged as part of the artistic residence "The wound and the knife", where Emilio García Wehbi and Maricel Álvarez conducted a series of artistic activities at Museo Universitario del Chopo, in Mexico City, throughout November 2016. Playfully, it attempted to expose how capitalist logic, framed within the judeo-christian phallo-logocentric culture, articulates intergenerational relationships. 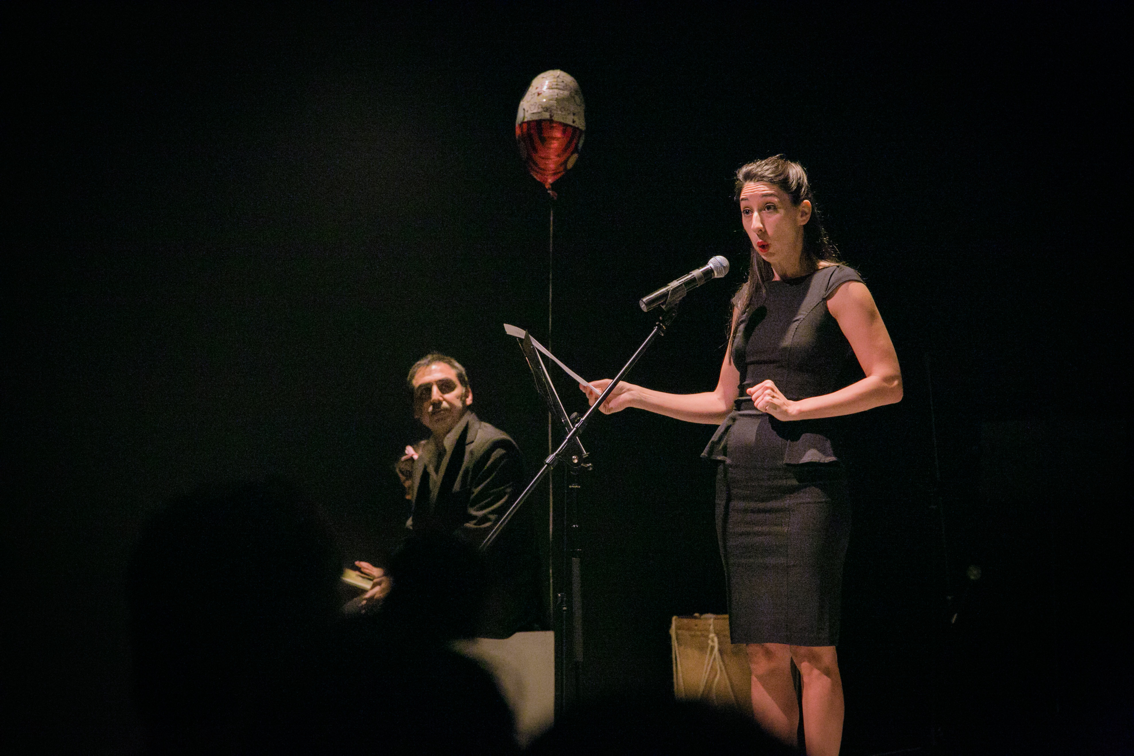 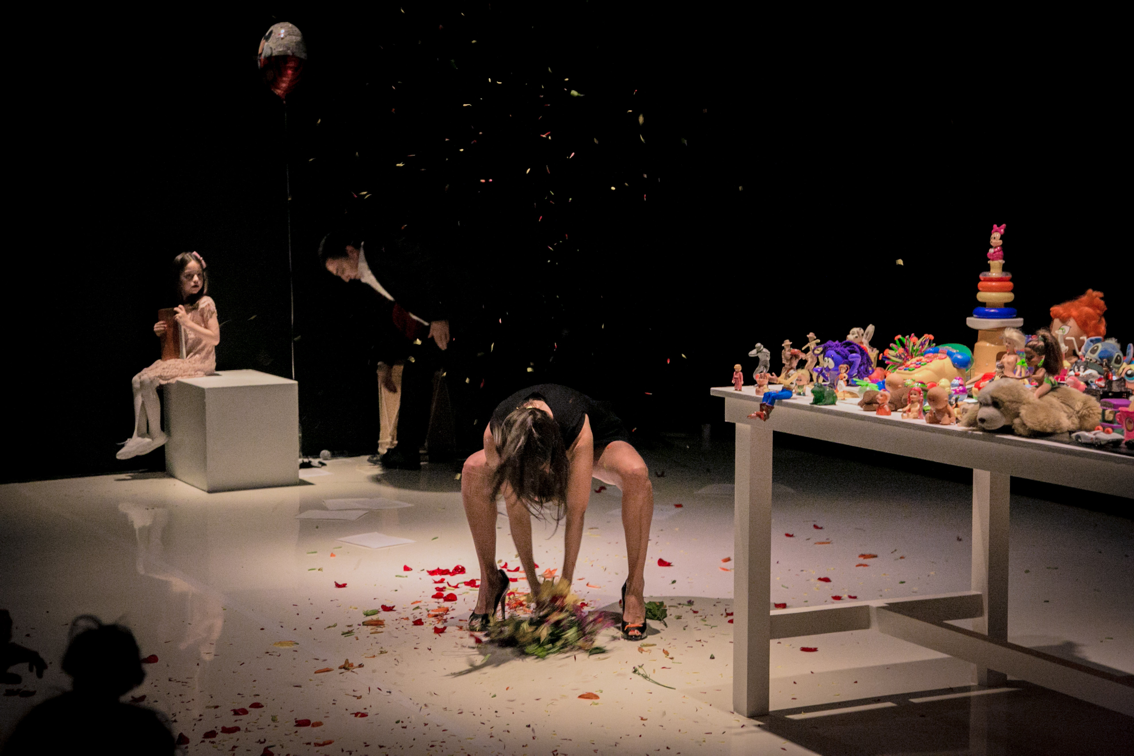 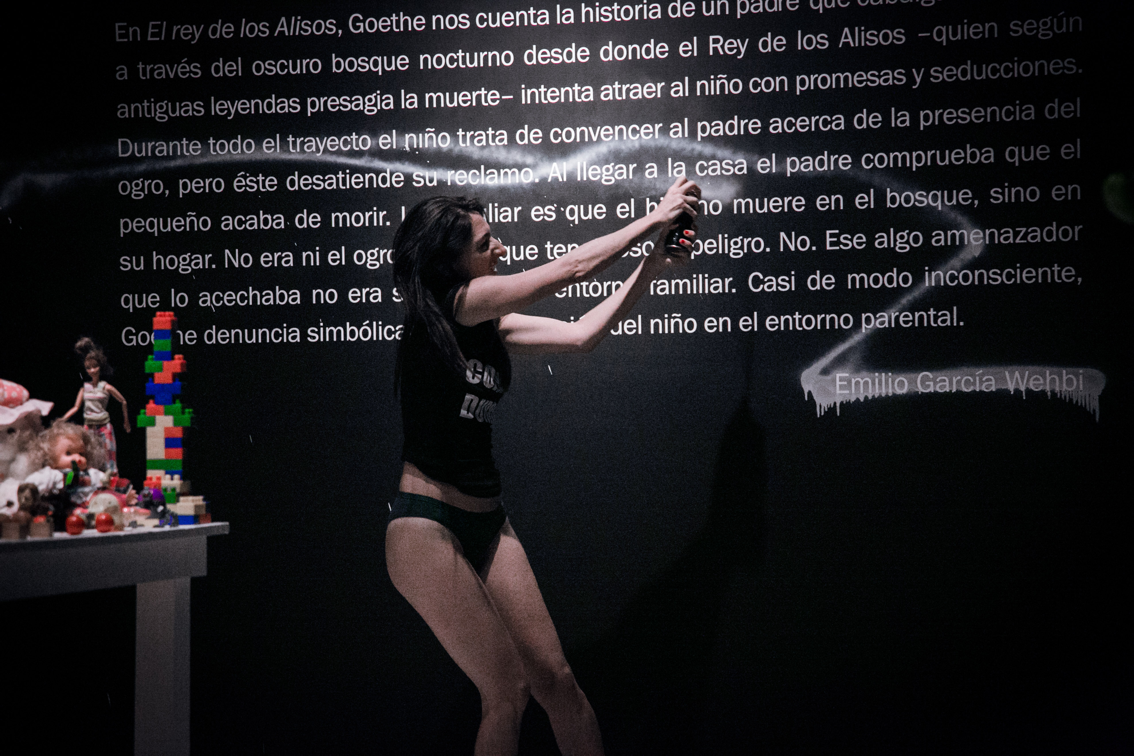 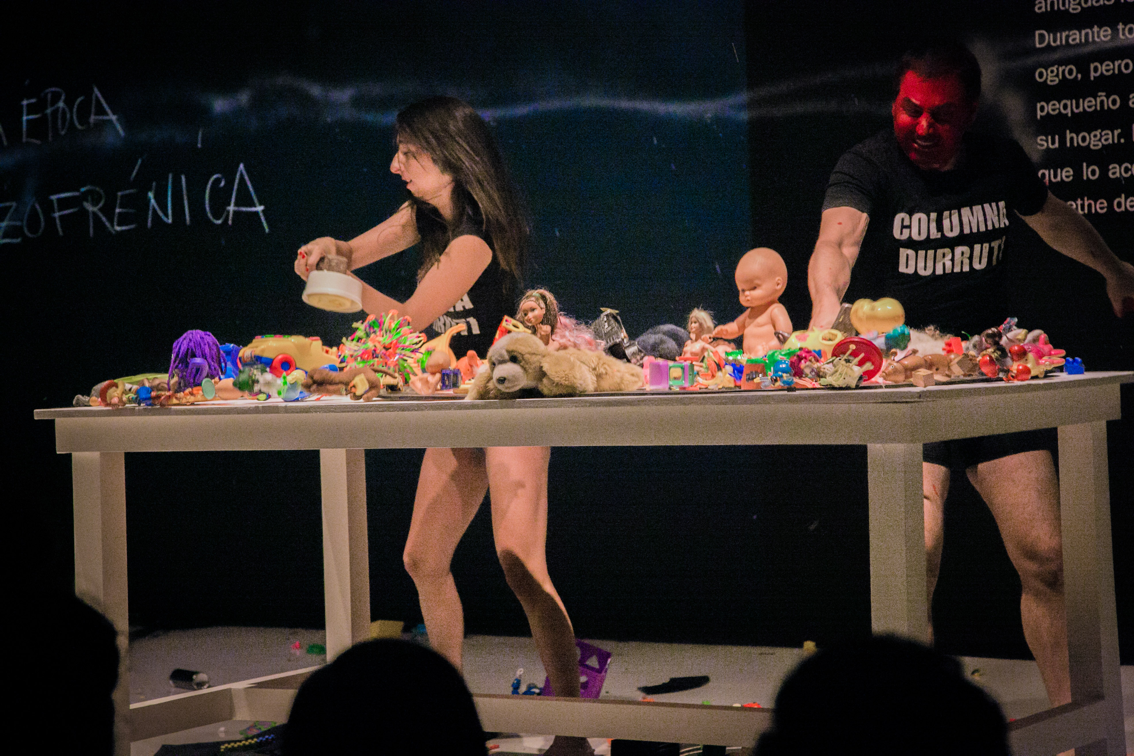 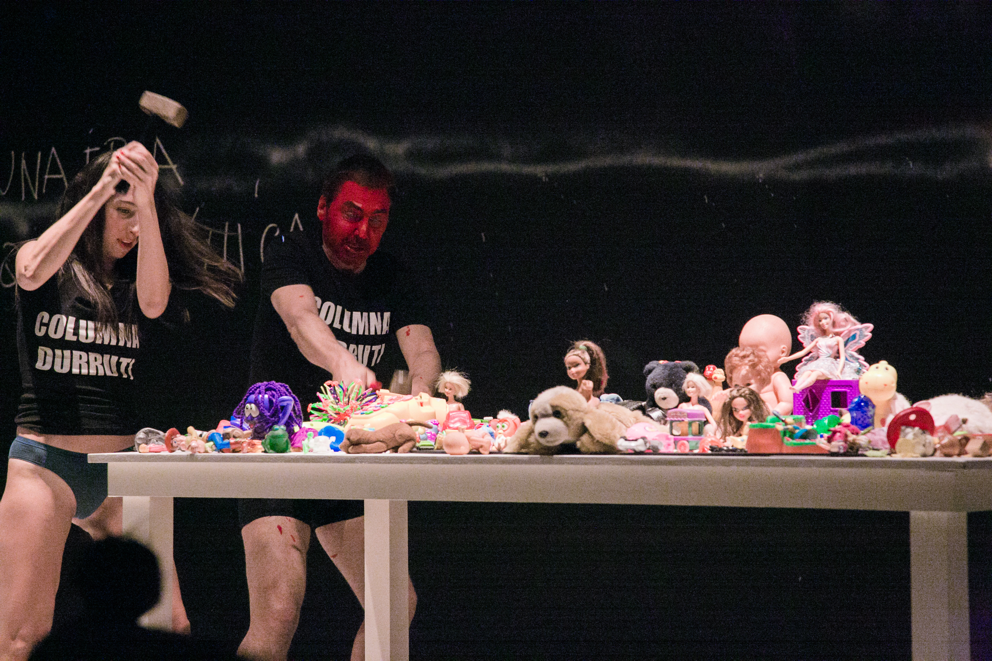 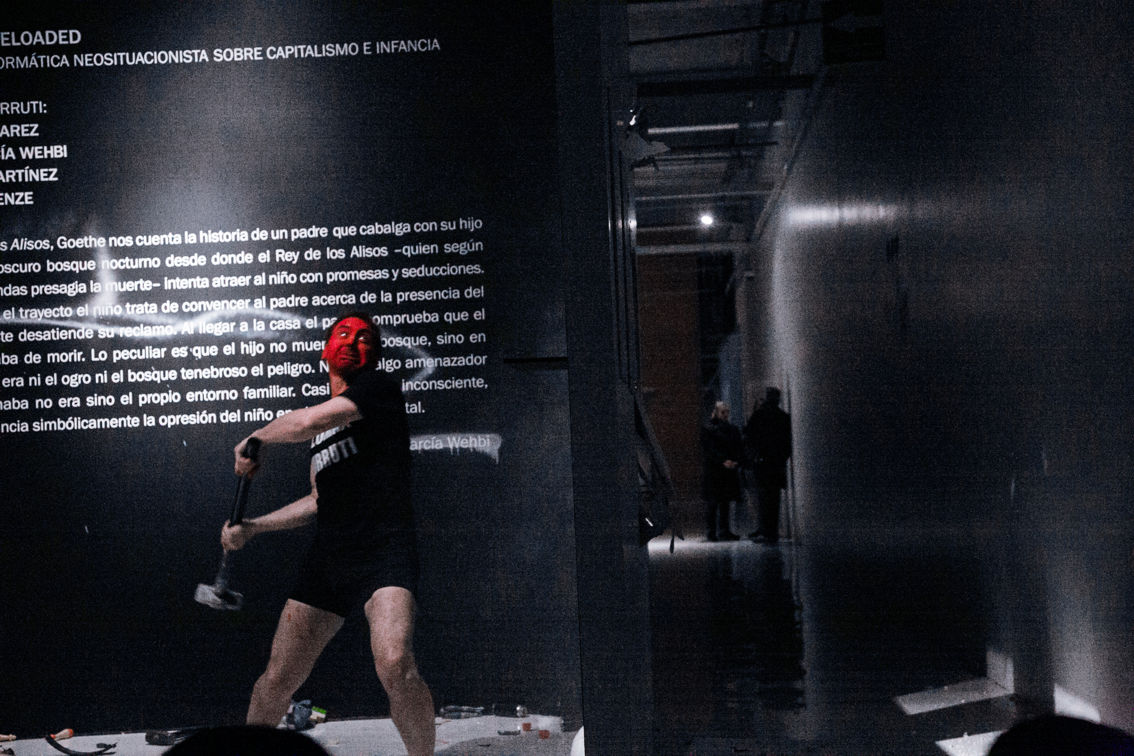 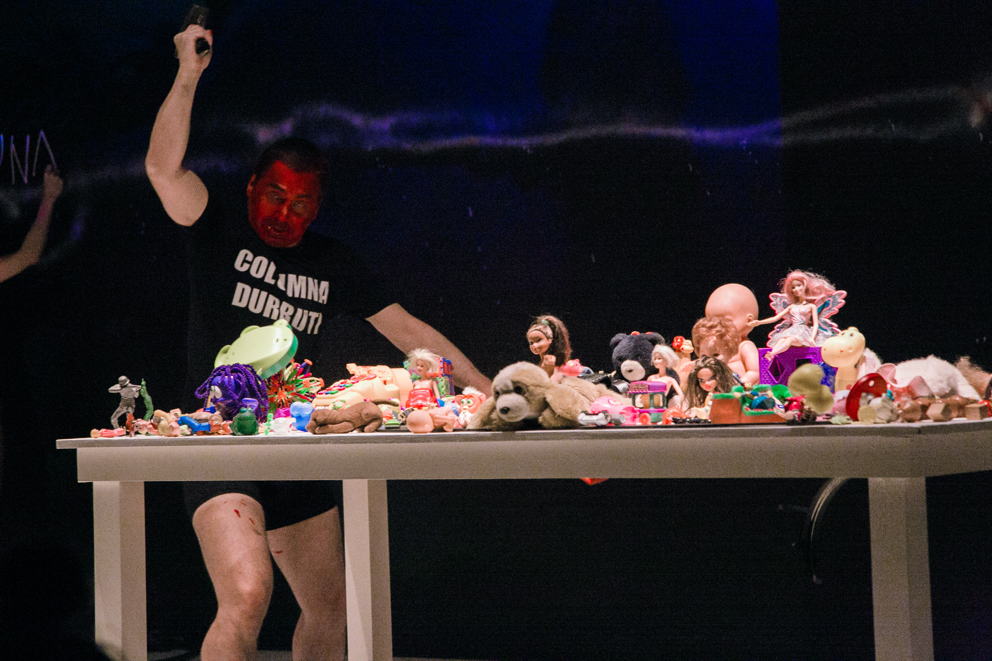 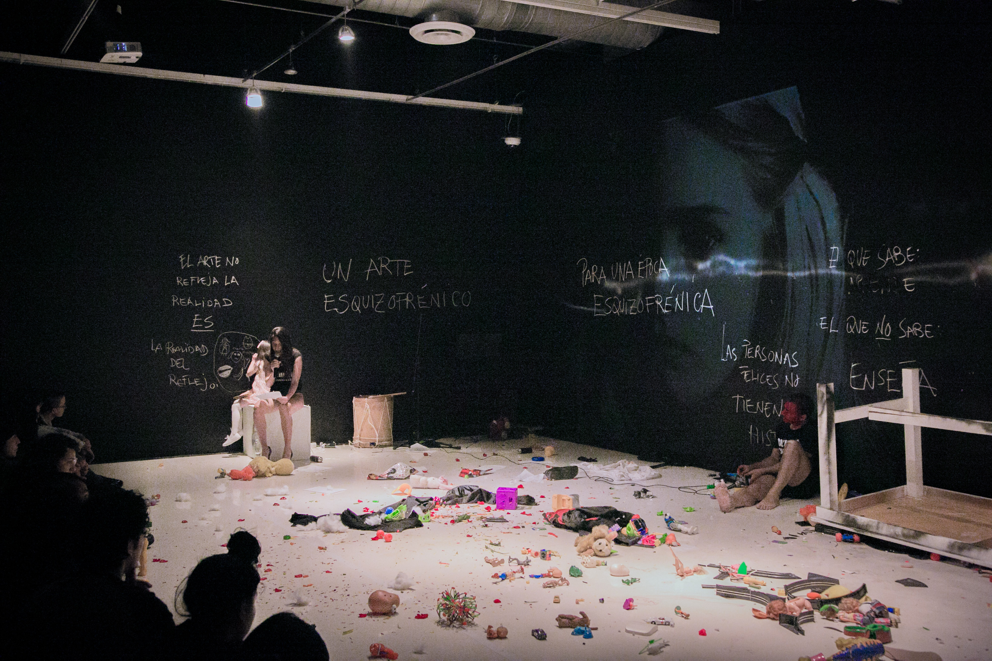 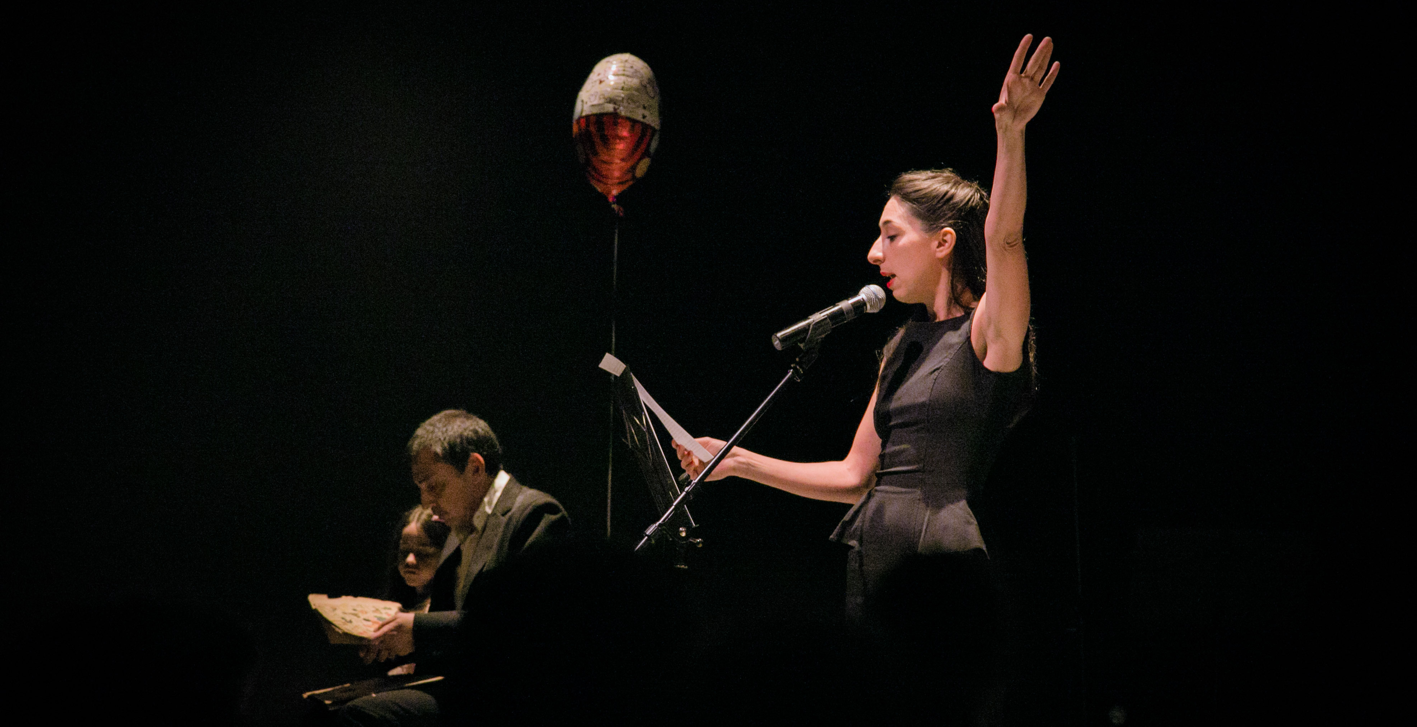