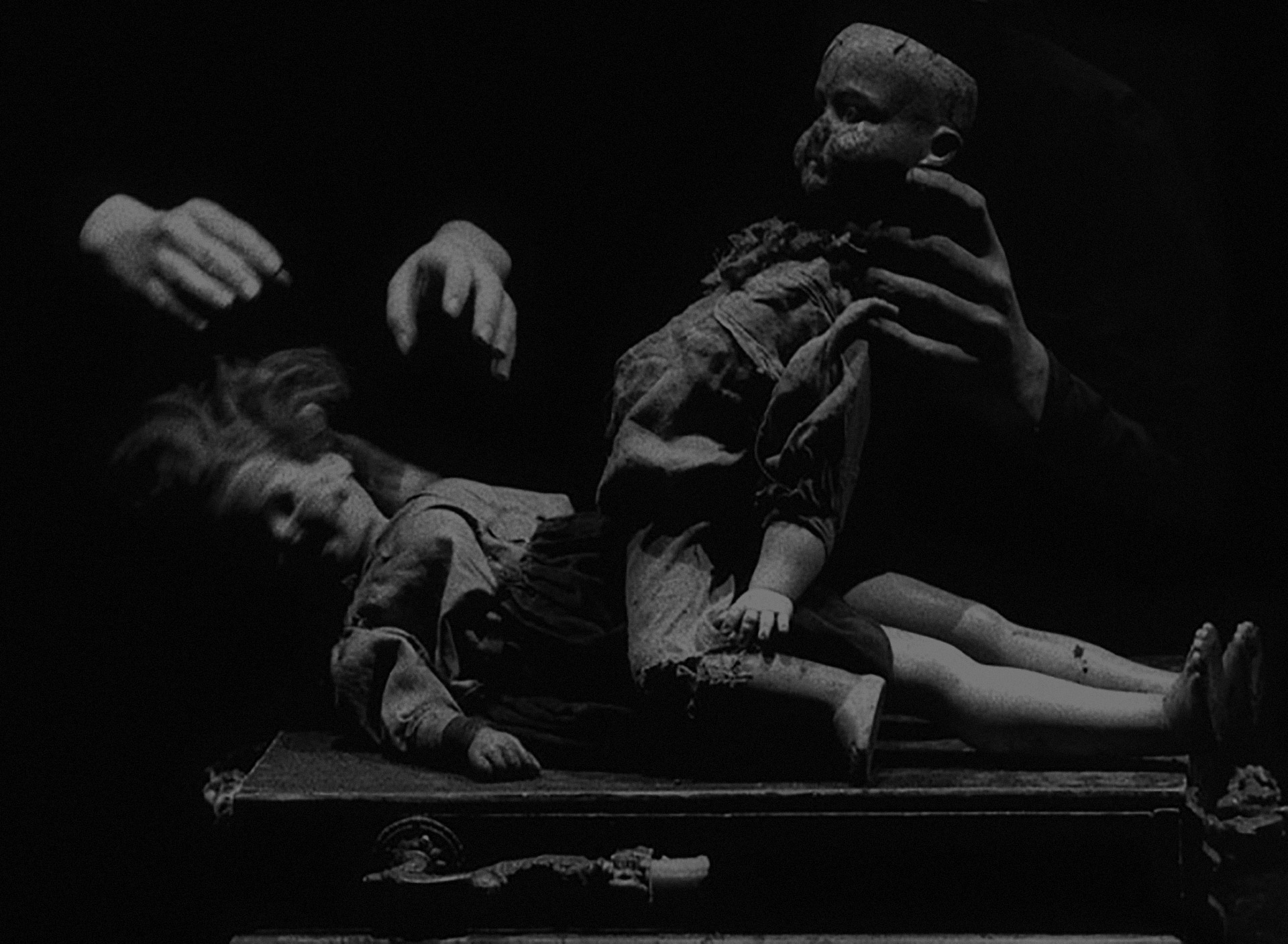 EL HOMBRE DE ARENA (The Sandman) addresses horror from Hoffmann’s and Freud’s perspective, and from that viewpoint, it addresses the horror of this country. There is no intention to mean (a recurrent and annoying resource of Argentine theater), but it does mean in spite of and through the work. Strongly based on the Freudian notion of "the sinister" (Das Umheimlich), actor-manipulators are dressed up as widows, forced to act by an object-character who conducts the action to the final extermination of every other character: actors and toys. Only he is left standing.
Buried objects represent dead characters. Non-life representing the lack of life. No actor could represent death with the same conviction as an object without a life of its own. The object does not fear death, it symbolizes it in a radical and forceful way, it "is" death, it doesn’t perform it. The viewer senses death on stage. Therefore, when that non-life begins to live to tell its story, the vision is sinister: an object that should remain still is resurrected, it comes back to life in front of men who do fear their own and their fellow men’s death. Soulless, dead things are gifted with motion and, past their vicissitudes, they die again. There’s nothing more dead than an object believed alive watched dying. In this piece, the manipulator loses his traditional dominant role to become yet another character that suffers, enjoys and dies alongside with the objects. The dissociation becomes even more extreme than in the previous piece. The actor's body, fully visible, expresses the emotion of his widow-character while he manipulates an object that lives its own history, splitting himself into two completely different emotions. Objects communicate between themselves and also with the widows, begging for mercy or demanding to kill, establishing affective bonds of multiple nuances. 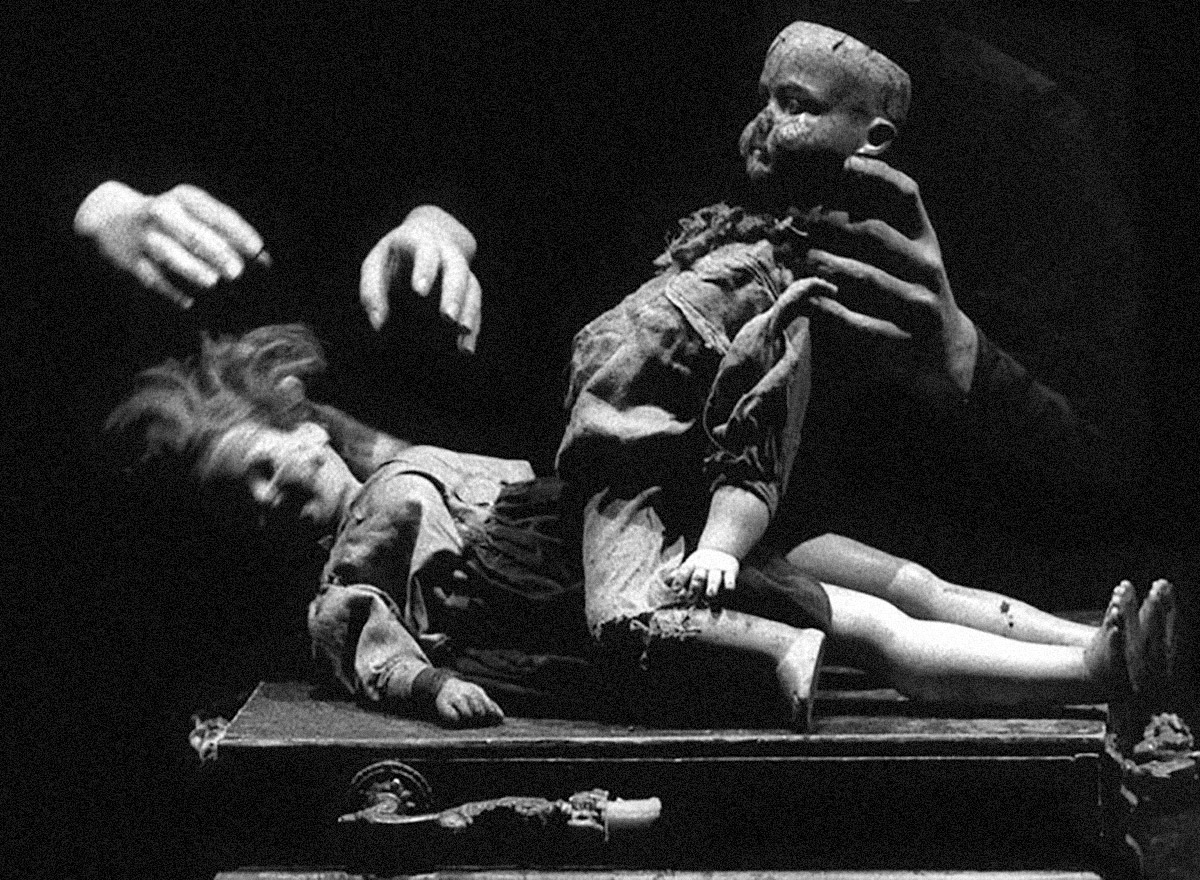 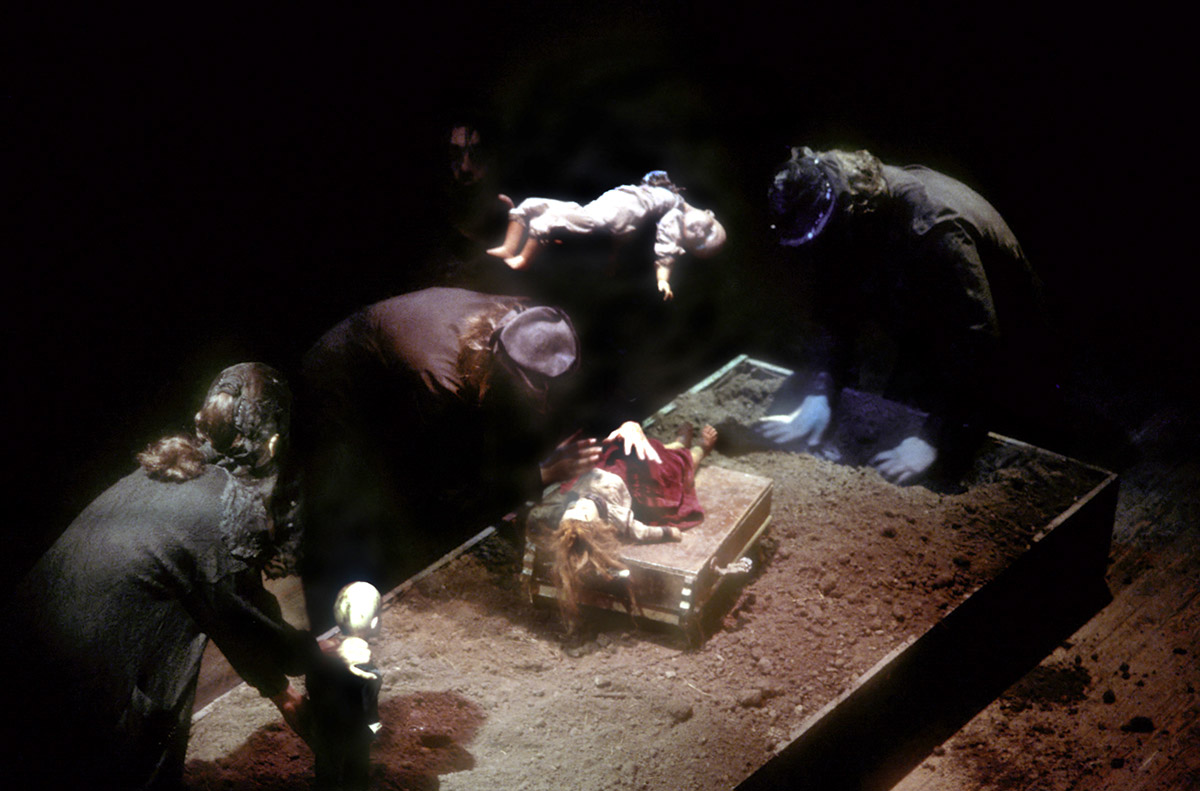 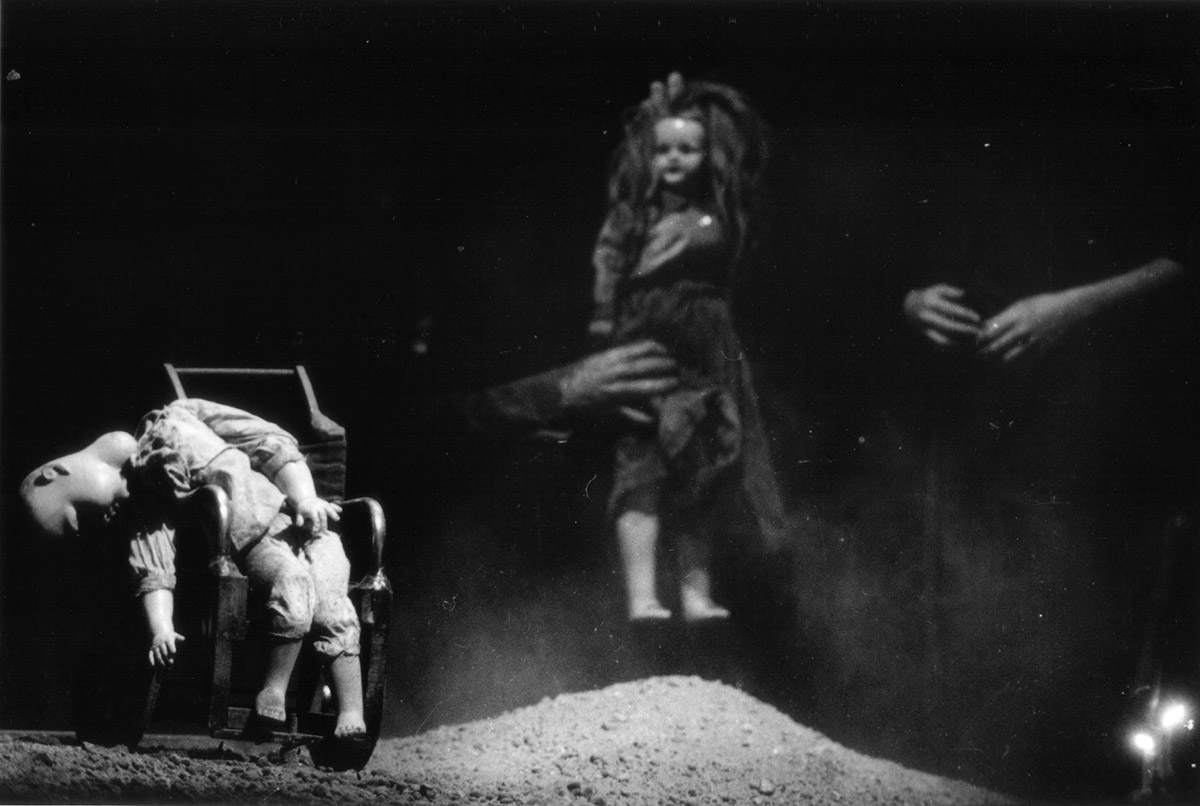 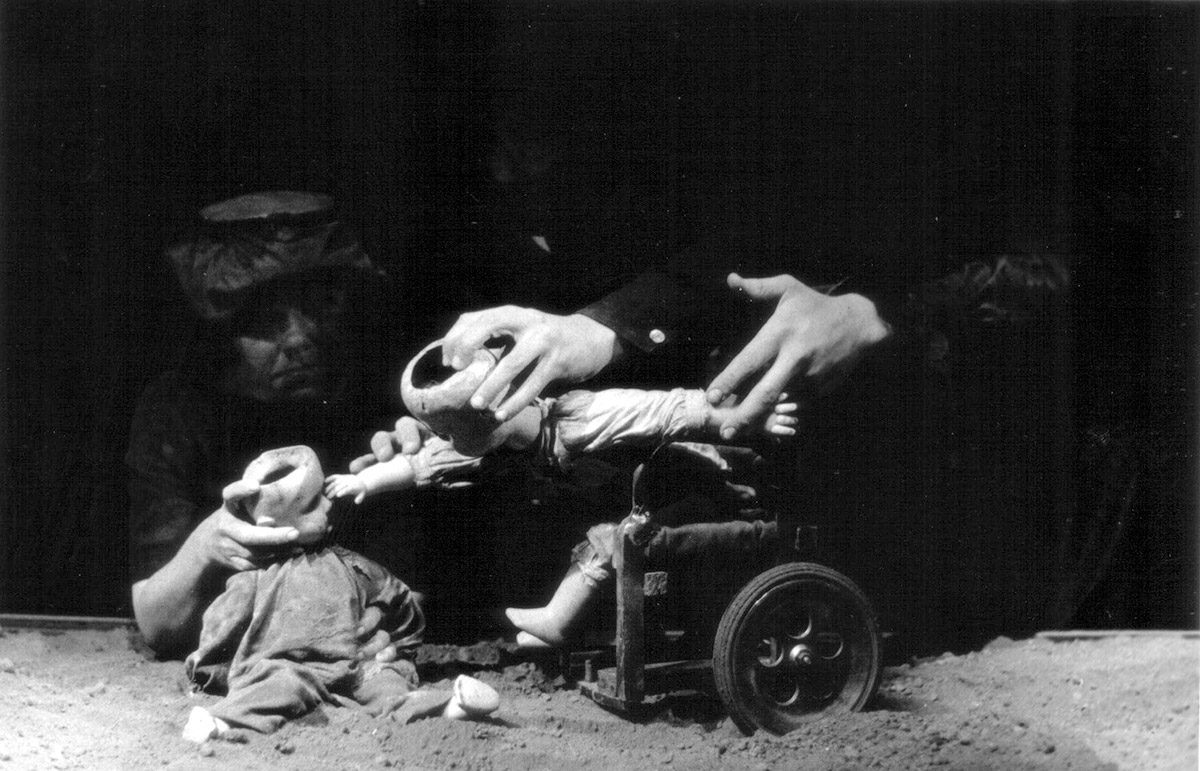 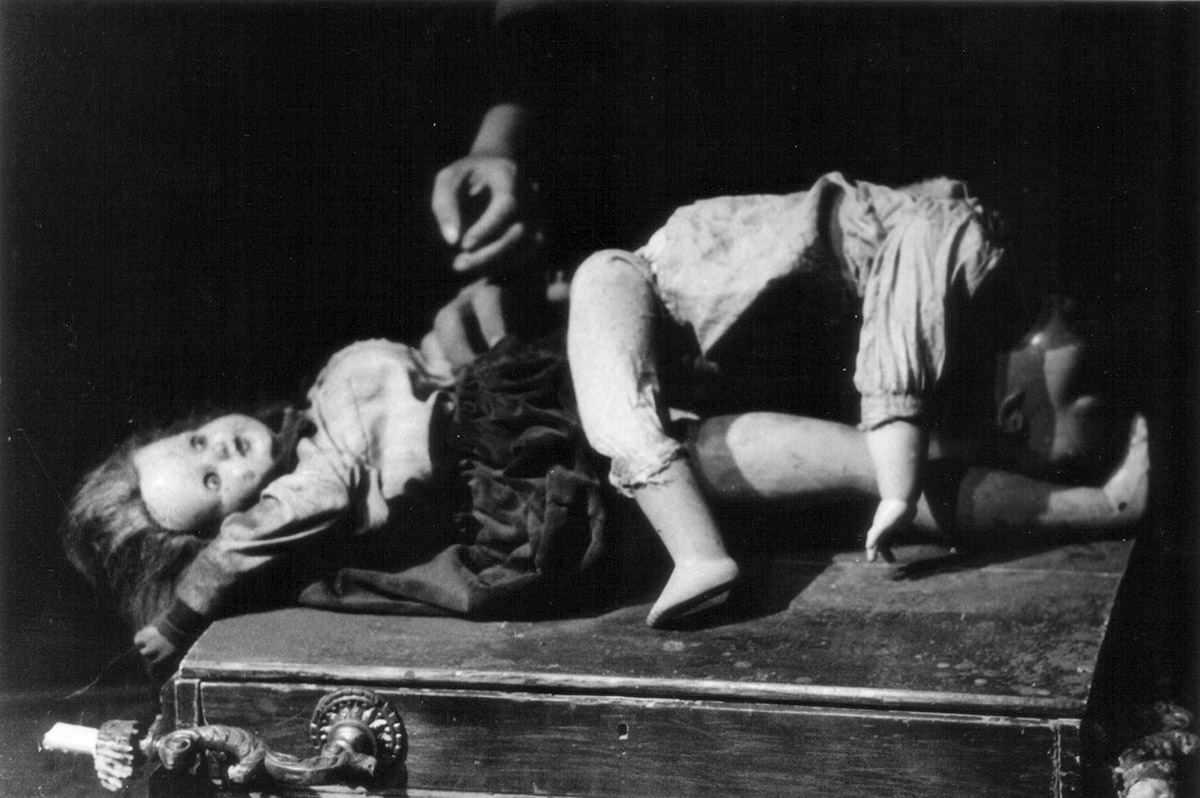 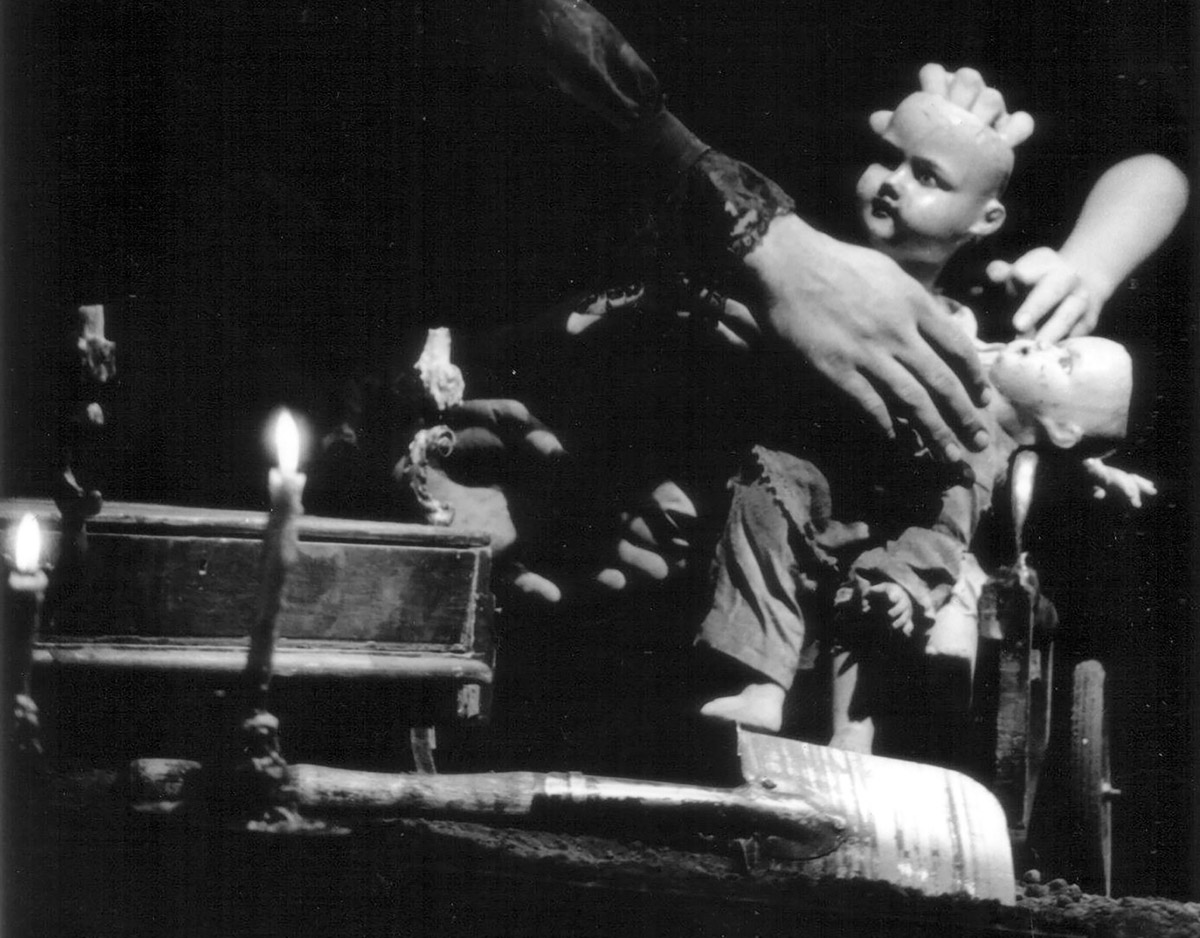 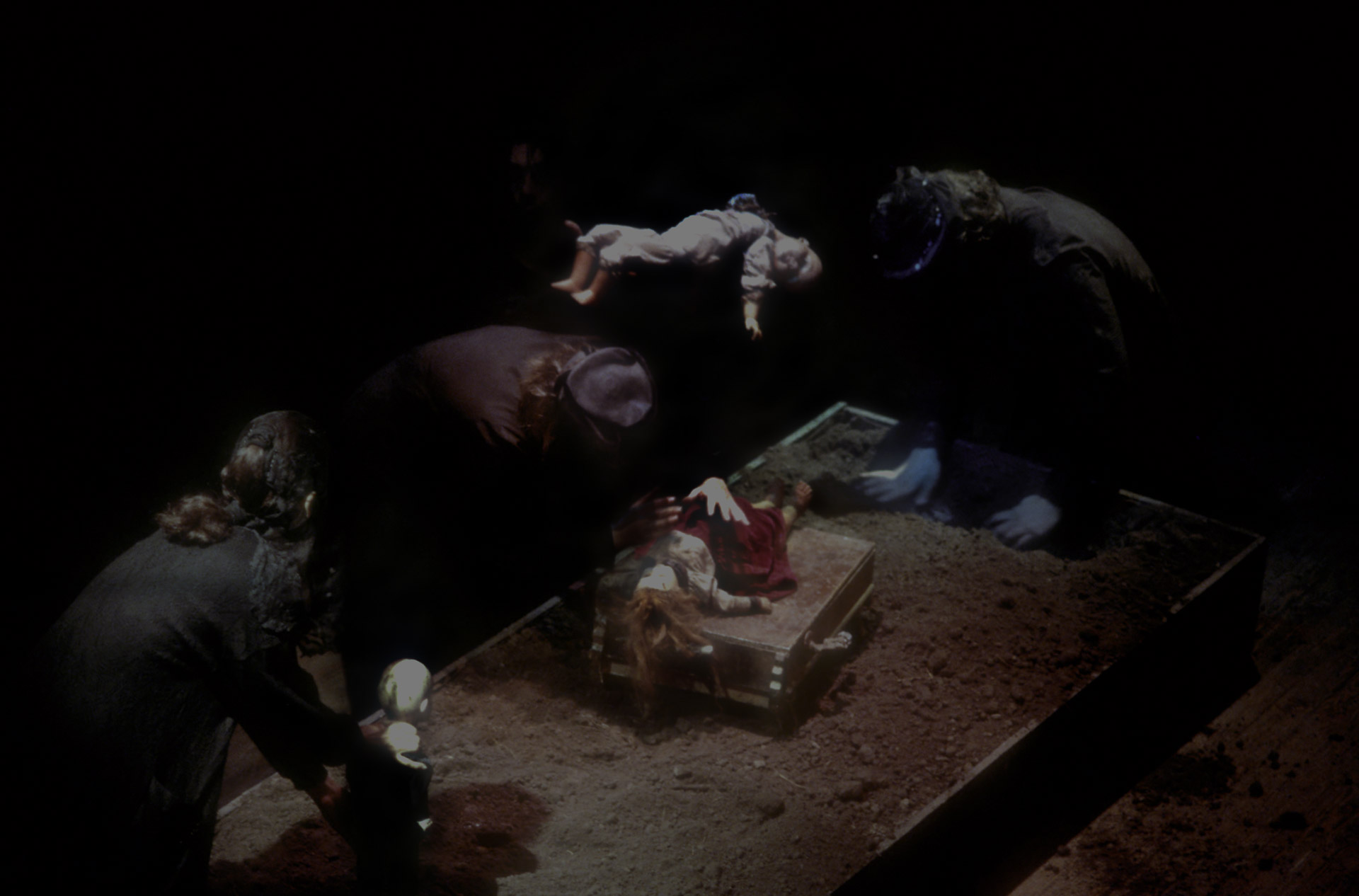